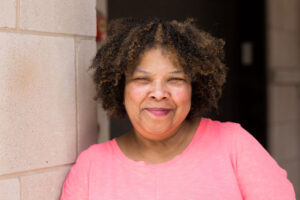 Sonya Lott, Ph.D. is the founder and CEO of CEMPSYCH, LLC. She is also a psychologist licensed in Pennsylvania and Florida. She maintains a private practice specializing in acute and complicated/prolonged grief. In the past, she has worked as a psychotherapist in outpatient, emergency, and long-term structured residential settings.

Her immersion into multicultural psychology began as a doctoral student, during which time she attended many trainings facilitated by the primary contributors to this field. Her dissertation Racial and Cultural Identity Development of African American and Puerto Ricans Individuals: Same Process, Different Content?  was one of the first studies to explore the validity of the Racial/Cultural Identity Development Model (R/CID) proposed by Atkinson, Morten, & Sue (1979) and expanded upon by Sue & Sue (1990).

Her commitment to multicultural awareness has been expressed in her work in academia. As a full-time and tenured professor of psychology for 18 years at Community College of Philadelphia (CCP), she designed and taught psychology courses from an integrated multicultural perspective. She also served as a Minority Faculty Fellow Mentor. Her model of training became the prototype for the Minority Faculty Fellow program college wide.

During her tenure in academia, Sonya’s expertise in multicultural psychology was frequently sought by publishing houses for developmental reviews of new and revised editions of psychology textbooks. She also authored and revised many ancillary materials (test banks, instructors’ manuals, companion websites) for psychology textbooks published by Pearson Higher Education, McGraw-Hill, Worth Publishers, and Cengage Learning.

In addition to her roles as owner and CEO of CEMPSYCH, LLC, she is the primary developer and facilitator of  CEMPSYCH, LLC continuing education trainings.

Sonya also serves on the Advisory Board of Whites Confronting Racism, a program offered by the Training for Change organization, aimed at helping White individuals to shift their racial consciousness in ways that allow them to participate in dismantling racism.